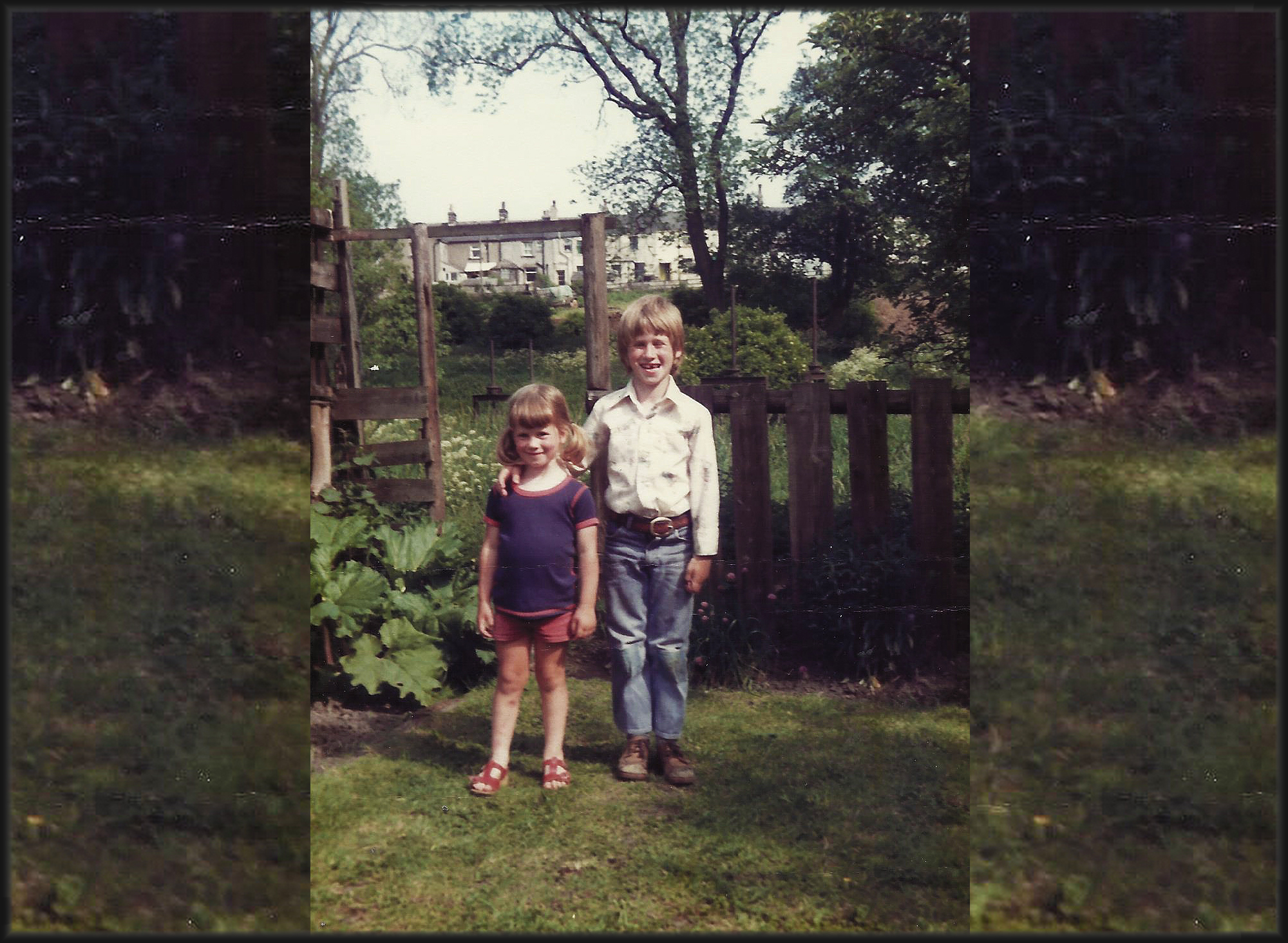 Daniel (1973) and Deborah (1977) grew up together in a very creative household during the 70’s and 80’s. Their parents shared and passed on many interests in arts and crafts, design and music; their mother a keen potter and painter (who continues to paint to this day) and father (who only recently retired) a respected conservation architect and fine singer/bodhrán player.

Daniel remembers, “growing up there was always music in the house from Led Zeppelin to Planxty, reams of A1 paper with drawings on cluttering up the front room and jobs to do down the allotment – which, as a child, basically involved shelling and eating as many peas as possible!”

Both siblings showed early interest in creative pursuits artistically and musically and this continued through-out their formative years and education. The pair were rarely to be found without a pack of Berol felt-tips and a drawing pad and Daniel worked his way through a variety of instruments considered antisocial in the confines of a mid-terrace house. These included drums and electric guitar.

Having successfully completed an Art & Design Diploma at Blackburn College, Daniel continued on to study a HND in Design (Photography) at Bradford. As he was completing these studies, Deborah was to make an application that unknown to them both at the time would go on to shape the pairs creative, professional and personal lives for good.

Halfway through studying for A-levels in Art, History & Environmental Science, Deborah decided that Further Education and its natural route into Higher Education were not necessarily for her and so began casting her eye out for alternatives. One such alternative that presented itself was an advert in the local paper for a stained glass apprentice. She applied for the position and was offered it on condition that she completed her A-levels.

Deborah took up her role as a Stained Glass Apprentice the day after her last A-level exam in May 1995. It is safe to say she took to the process of building stained glass panels like a duck to water and within a few months had become a highly productive member of the studio team.

Meanwhile, his studies completed; Daniel took some time out and worked in a number of menial but no less enjoyable jobs as both a gardener and a building site labourer. It was while labouring that the offer of formal training with a view to taking on managerial responsibility of the company was made; a serious offer indeed and the type of opportunity that could have forged a very different career path for Daniel. However, he had already begun to consider the direction Deborah was heading in her apprenticeship as a possible career route. The ancient craft of stained glass appeared to offer the best of both worlds as far as Daniel was concerned; given its equal component parts of artistry/creativity and physical hand-craft. Having approached and been offered a position within the same company as his sister, the choice between building/construction and stained glass was made.

By early 1998, Deborah had completed her apprenticeship and become one of the key members of the studio team with formal training in all its processes and Daniel had spent over two years working nationwide as part of the on-site fitting team. Throughout this time the seeds were gradually being sown for the pair to set up their own studio. The plunge was taken during the summer of 1998 and with premises secured, Lightworks Stained Glass formally opened for business in November of that year. The rest as they say………

Much like many young siblings, it has often been said of their early years that “Deborah would have followed her brother off a cliff but he wouldn’t give her a cold”! That imbalance has thankfully been fully re-addressed over the intervening years and the pair’s individual and collective knowledge, experience and creativity continue to be the driving force behind Lightworks Stained Glass.

The company will celebrate its 20th year in business this coming November.